The Special Olympics Summer games were held in Hammond, La., on May 21, 2017. Aaron Tate is one of four lifters from Lafayette that participated in the Summer Games, all coached by Locke Harris. This was Aaron’s fourth year to participate in powerlifting at the Summer Olympics. Aaron won four gold metals in his weight class in the bench press, squat, dead lift, and total weight. Rules of the U.S.A. Powerlifting Association were followed by the lifters participating in the Summer Games.

Congratulations to Aaron for a very successful Summer Games. 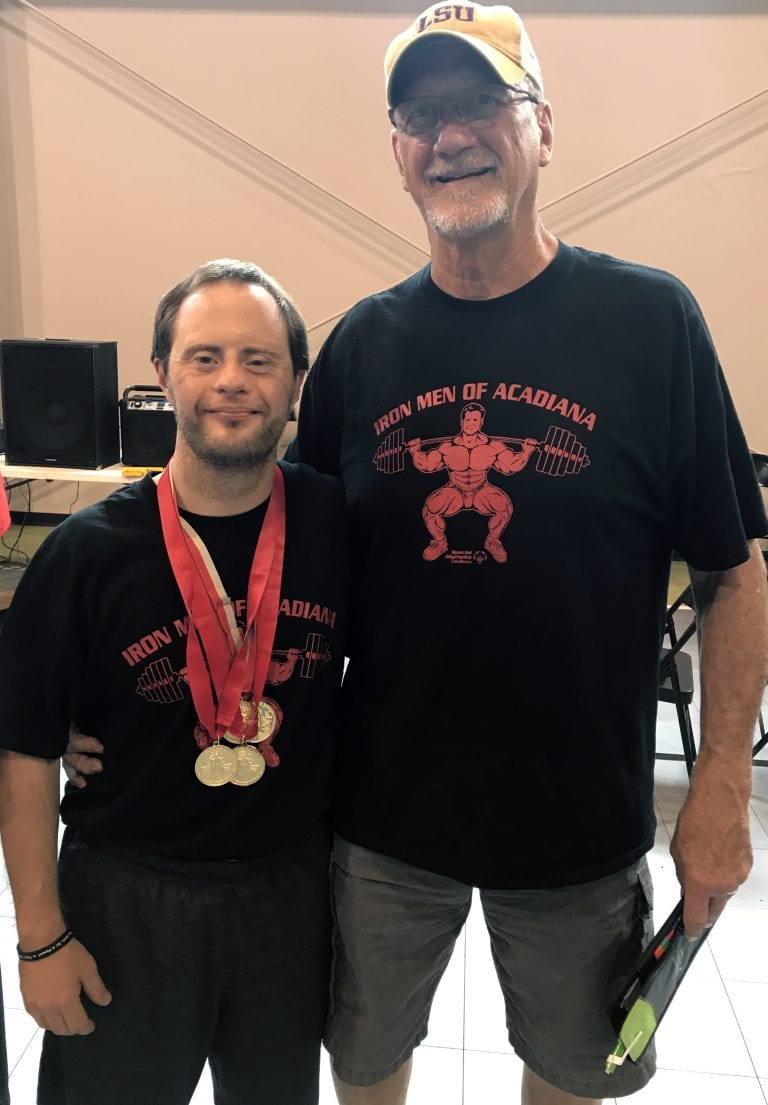