Vince – Not Finished Yet

Vince – Not Finished Yet

On Saturday, July 17th, Vince Breaux, at age 75, competed in this 180th powerlifting meet going back 28 years. He broke the National American Powerlifting Association records in the squat with 270#, the benchpress with 336# and the deadlift with 392.1#. He also broke the total record with 997.5#. As long as his is able, he plans to compete. As the age groups get higher, the records get a little lower. He is in the 75-79 age group now and the 220# weight class. His next meet should be in September. He was excited to see several in their first competition. Gooooo Vince! 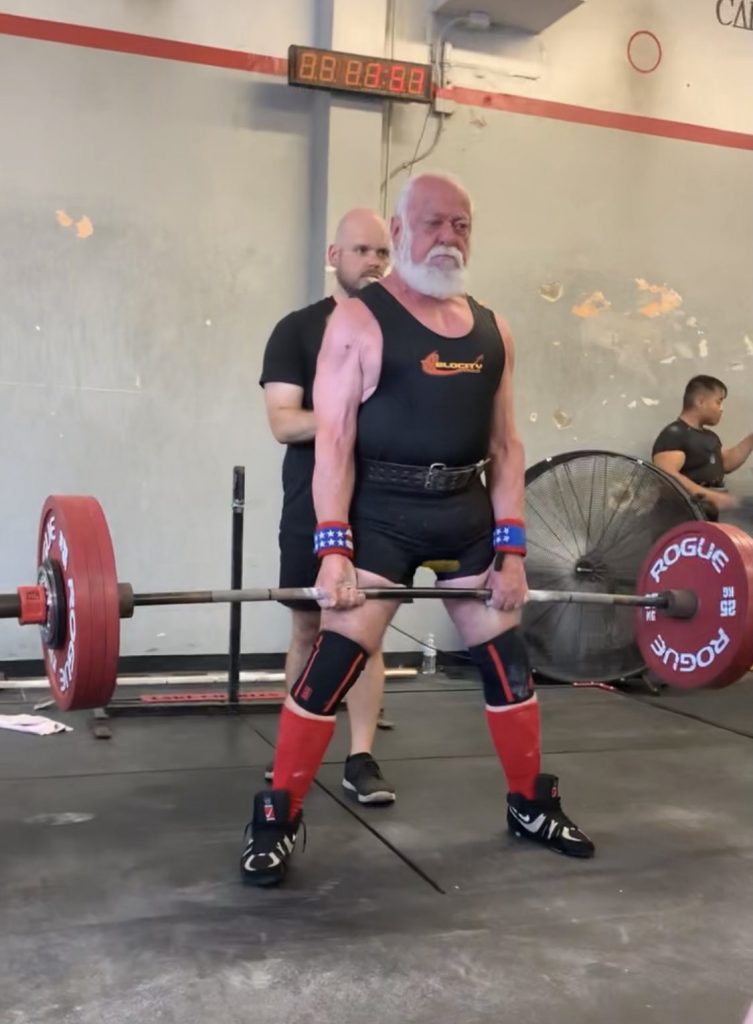