Tennis To A New Level

Tennis To A New Level

Sectional 40 and over 8.5 Combo League

Member, Dawn Vincent, and Dianne Lowings, Red’s head tennis professional, played a New Orleans team that went to the Sectional Tournament in Mobile, Alabama. There were 10 teams divided into 2 divisions. They had 3 wins and 1 loss which allowed them to come out second in their division. They beat Alabama 3-0, lost to Kentucky 2-1, beat Tennessee 2-1 and beat Mississippi 3-0. What an experience! 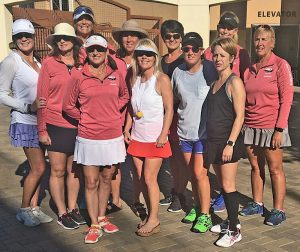 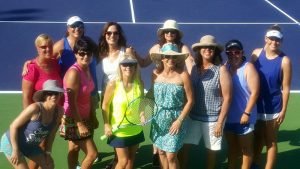 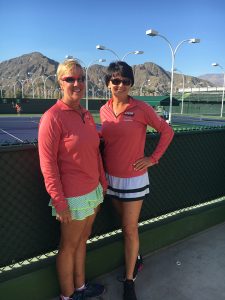 Dawn Vincent and Dianne Lowings played on a New Orleans team that represented the Southern Section at the National Tournament. They had to win their local league, state tournament and sectional tournament to advance to Nationals. There are 17 divisions represented at Nationals and the event was held in Indian Wells, California. This tournament is held at the same venue and time as the professional level tournament. Dawn and Dianne enjoyed watching the pros and were excited to have the opportunity to play on the same courts as them.

The team won their flight by beating Chicago 2-1, beating Idaho 3-0, and beating Arizona 2-1. This allowed them to advance to play Florida in the semi-finals. They won 2-1 to advance to the finals. In the final they lost 2-1 to Missouri. It was a close contest which was decided by a third set tiebreaker. It was a great run for the team and an incredible experience. 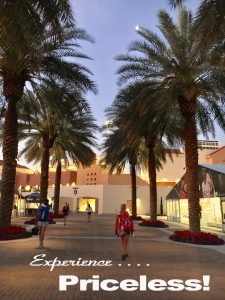