Robert "Bob" Bienvenu competed in the AAU World Powerlifting Championships on October 17, 2014 in Las Vegas. There he won 8 world titles in the 65-69 age 165 pound Masters and Life-time Masters divisions. His wins were in the bench press 155#s, the dead lift 292#s and the bench press dead lift total of 447#s. The powerlifting total was 650#s with a state record of 203#s in the squat since competing with the AAU organization Bob has amassed 25 world titles among other records. Bob says, "God is Good!"

Congratulations to Bob as he just keeps racking up those medals! 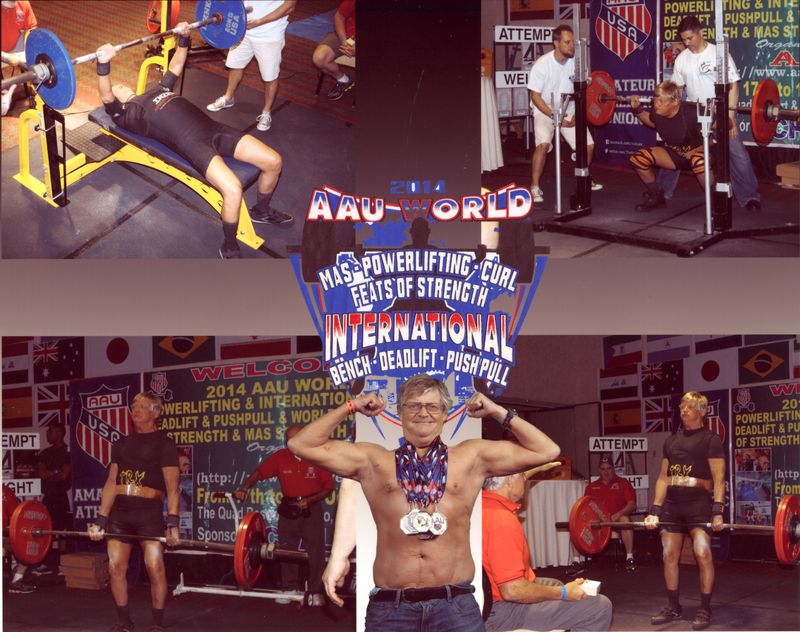