Home Results What Next, Vince?
NextPrevious

On March 2nd, Vince Breaux competed in the APF 2013 Louisiana Open in Baton Rouge. He tried something that had never been attempted before. He competed in "Raw" Benchpress with a press of 341.5#. He also did the full "Equipped" meet consisting of Squat, Benchpress and Deadlift. His Squat was 391.2#, Benchpress was 429.7# and Deadlift was 485.0#. He was told by Garry Frank, the meet director, that doing Raw and Equipped had not been done before. Also, Vince was successful on all 3 attempts of each resulting in going 12 for 12 in the meet. This was his 4th meet this year.

Vince won the Overall Best Masters Lifter Award for the meet. The masters category consists of lifters 40 years of age and older. Vince was in the 65-69 age group, 220# class.

Vince already holds so many State, American and World titles that he is always looking for a new angle to be the best, first, etc. That is sure some snazzy trophy! Congratulations, Vince! So . . . .what is next? 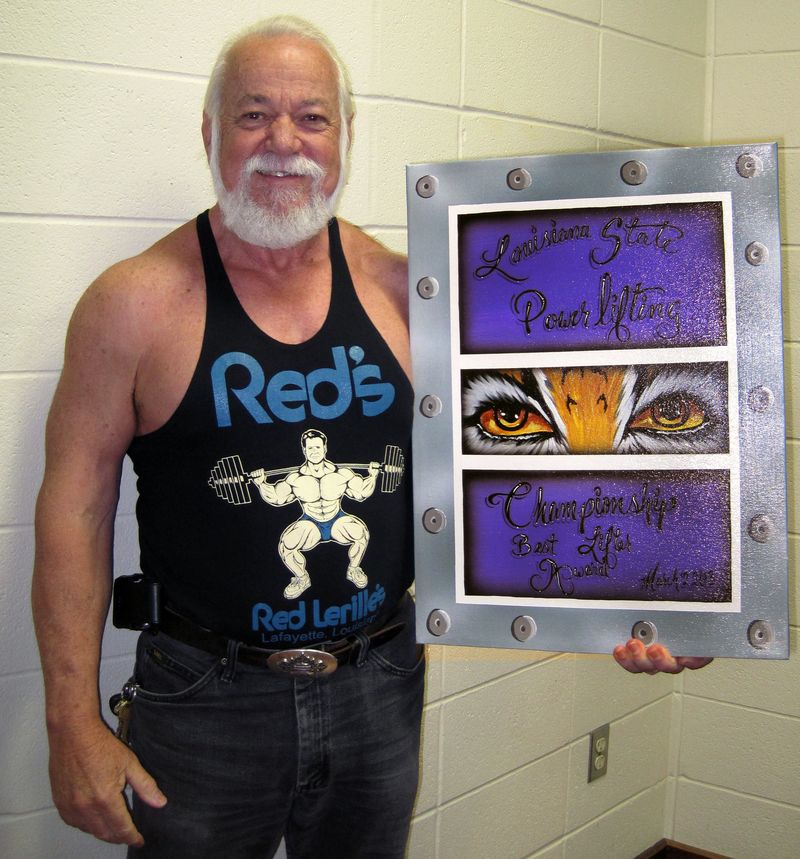