We have 3 indoor and 20 outdoor tennis courts. All of our outdoor courts are lighted including 6 rubico (soft surface) courts. Our tennis professionals, Dianne Lowings-head pro and Pontus Laveflak are available for private or group tennis lessons.

Pontus also has an active junior tennis program called RTA, see below. Join Pontus on Fridays from 11am-1pm on the indoor tennis courts for Men’s Day. 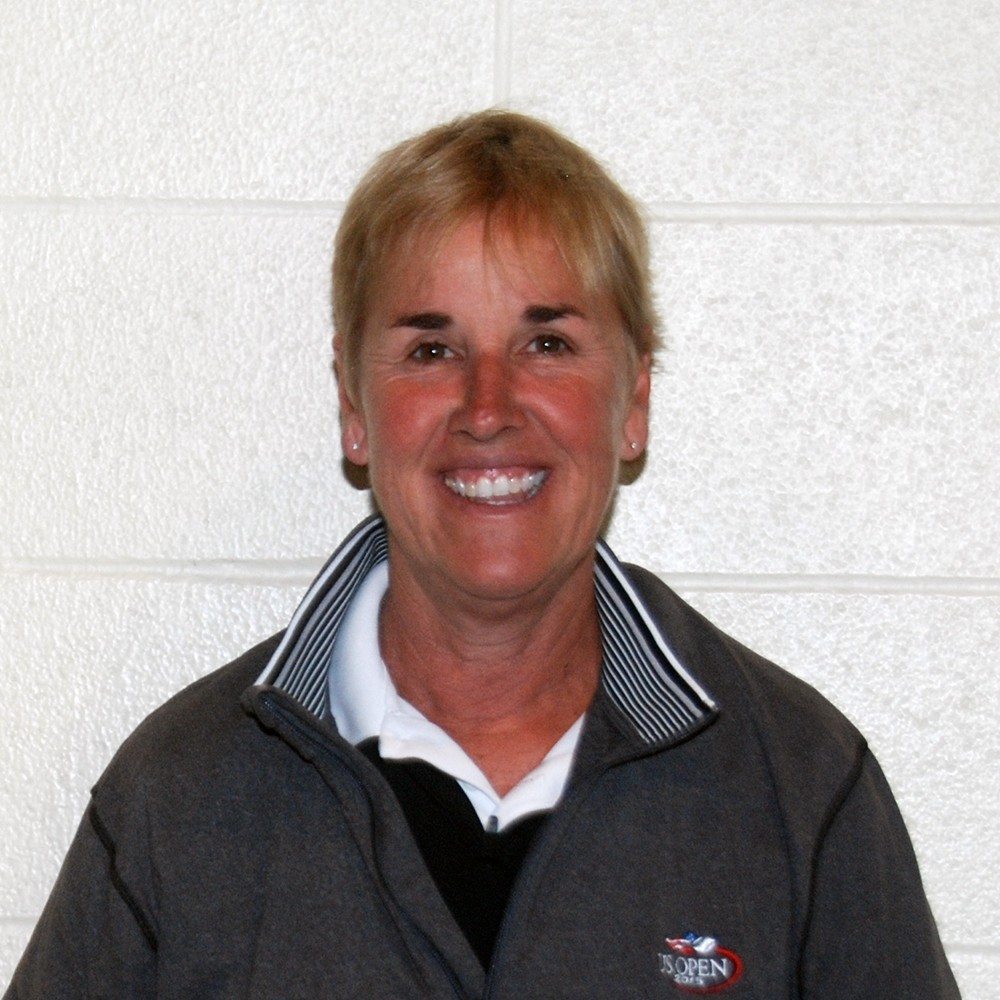 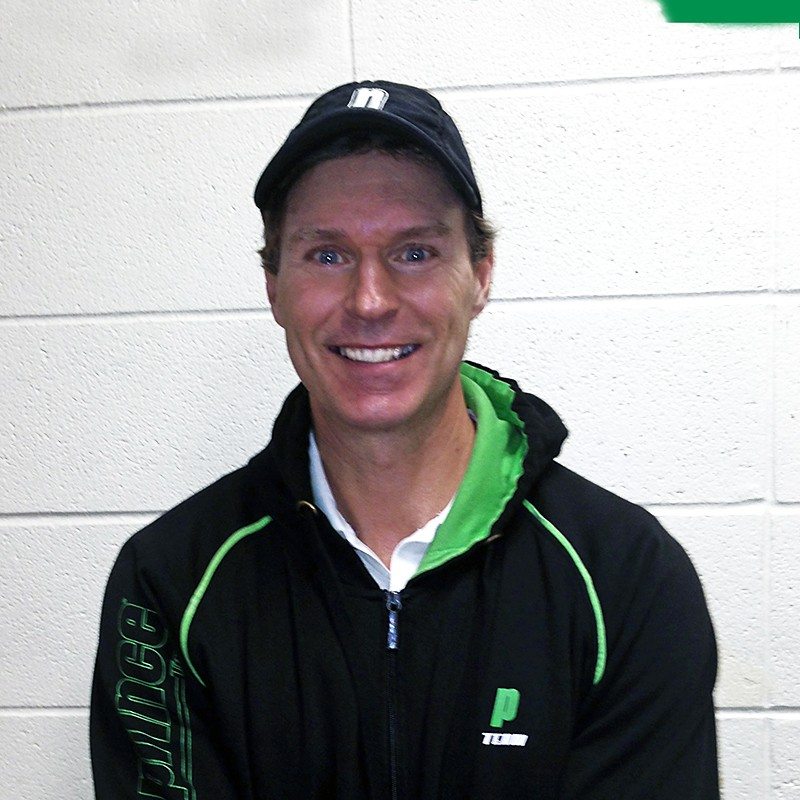 Dianne came to USL from Durban, South Africa in 1985 and in 1985/86 and 1986/87 she played No. 1 singles and doubles, winning conference in both. In 1986 she earned a National singles ranking of #74 (first USL female to get a ranking) and was named Louisiana Athletic Directors Association’s Athlete of the Year and Louisiana Sportswriters Athlete of the Year. In 1988-89 and 1989-90 Dianne played #1 and #2 singles and #1 doubles for the United States International University, San Diego, a nationally ranked tennis team. Dianne is the coach of the LA Junior Davis/Federation Cup tennis team and represented the South in 25 Intersectional team tennis tournaments. She is a USPTA  certified tennis professional.

Pontus is a native of Sweden and came to the U.S. in 1985 where he attended McNeese State University in Lake Charles as a four year letterman in tennis. He received a BS degree in Marketing and a BS degree in Management. He won the Southland Conference Tennis Championship in 1985/86 and received the MVP award two consecutive years. He was named the “Louisiana Player of the Year” by the Sportswriters Association in 1987. After finishing school he worked as the Head Tennis Pro at Lake Charles Country Club and then at Lake Charles Racquet Club. In 1992 he opened the Tennis & Soccer Shop in Lake Charles and ran it for 4 years before moving to Sweden in 1995. Pontus was ranked no. 831 on the ATP Tour. Pontus is a USPTA Certified Tennis Professional and a Certified Professional in Sweden with over 17 years of teaching experience.

The tennis staff at Red’s is dedicated to serving the needs of all its members. With two qualified instructors on hand, please feel free to ask them any question you might have regarding the game of tennis.
For Lessons – Call the Pro Shop at 984-7738

Once a lesson has been made, the cancellation procedure is as follows:
PRIVATE LESSONS:
If cancelled 24 hours in advance of the lesson time there is NO lesson charge. If the cancellation is make LESS than 24 hours prior to the lesson time the member WILL be charged.
GROUP LESSONS
If you miss, you will be charged. This is to insure that those who do show up will not be penalized by paying a higher price than expected.

COURT FEE
Outdoor – None
INDOOR – The fee is divided equally among participants.

I am interested in having someone call me to discuss signing up for tennis lessons.

We have a junior tennis program available for members ages 4-18. Information and the registration form is below.  CLICK HERE to print it and turn it in to the Front Desk or pick one up at the Front Desk on your next visit. 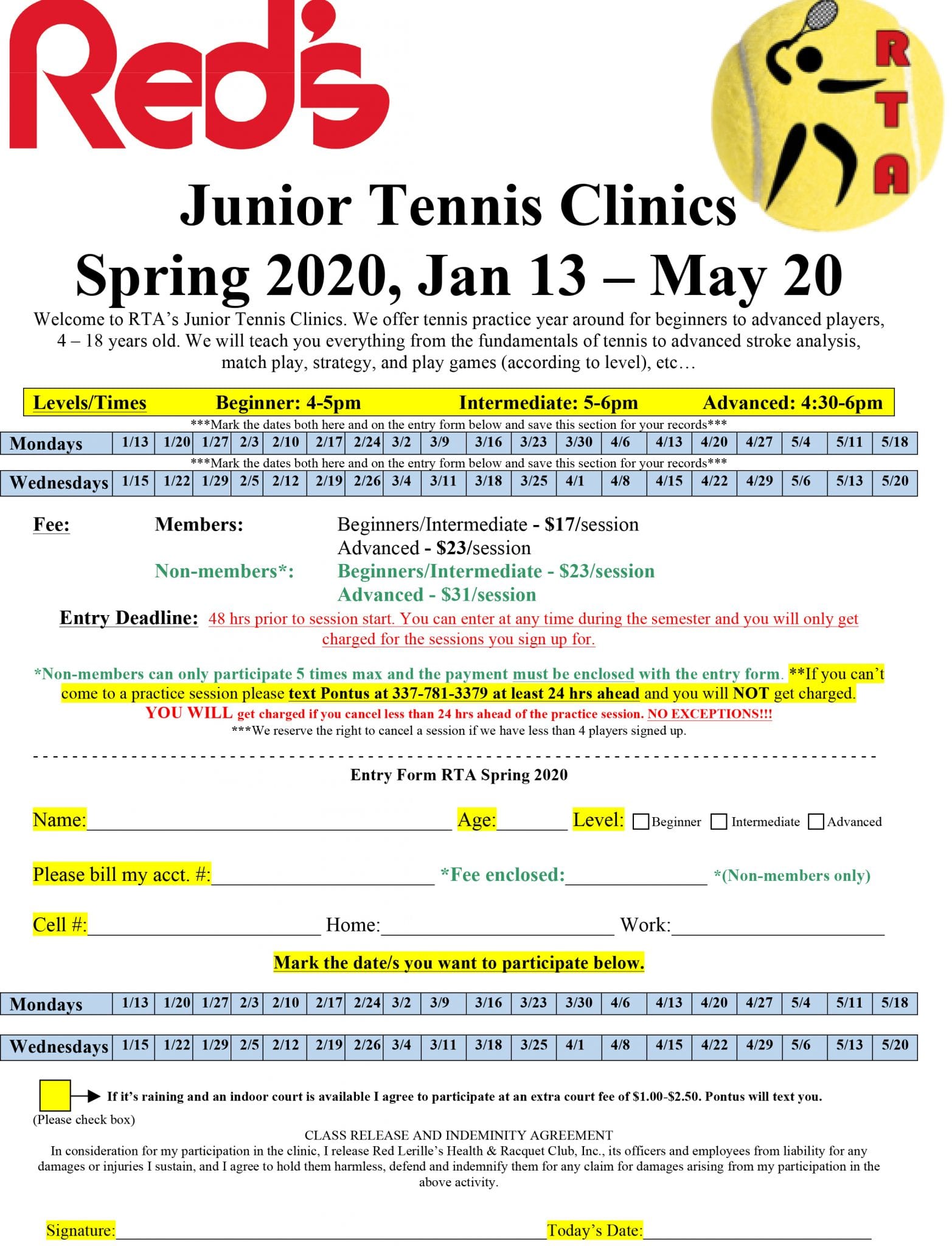 I am interested in having someone call me to discuss signing up my child for junior tennis lessons.